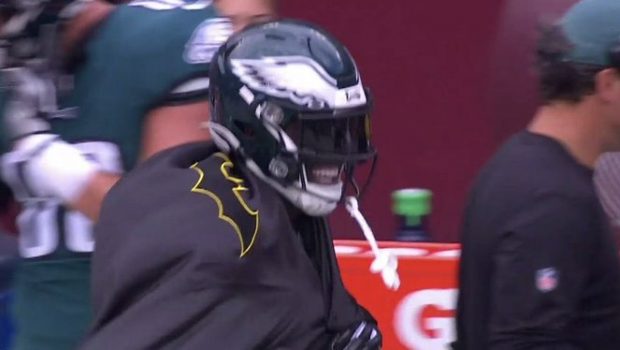 Darius Slay heard Jason Kelce’s comments about wanting to be Fat Batman and cleared the air about his standings in the DC Comics universe.

No way. Kelce is a Sexy Batman. Ditto for Lane Johnson and the rest of the Eagles’ offensive line.

“I told you he’s not the Fat Batman because, honestly, I’m first sexiest on the team. He’s the second sexiest,” Slay said of Kelce.

“Then Lane [Johnson] is the third sexiest but I’m first for sure, then Lane. I told them all, ‘You’re Sexy Batman. When you put the cape on, you’re gonna be the sexiest Batman in the world.’”

Slay started the Batman debate when he doled out nicknames to DeVonta Smith (Skinny Batman), A.J. Brown (Swole Batman), and Quez Watkins (Fast Batman). Then Kelce jumped into the Batman conversation on his “New Heights” podcast.