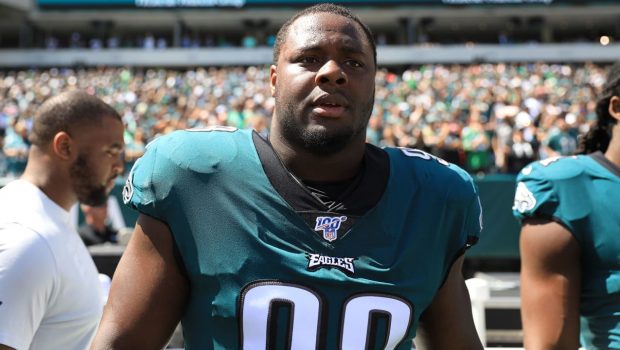 The Eagles opened the season with Fletcher Cox, Timmy Jernigan, Malik Jackson and Hassan Ridgeway as their defensive tackles.

On the verge of a Sunday must-win game against the Bills, the 3-4 Birds now only have Cox as a healthy participant.

Jernigan is out with a foot injury and Ridgeway joined Jackson on injured reserve yesterday with an ankle during last Sunday’s loss to the Cowboys.

Ridgeway, who was acquired in an offseason trade with the Colts, played just under 53 percent of the team’s defensive snaps while appearing in all seven of the team’s games this season. He had eight tackles, four quarterback hits and two sacks in those appearances.

With Ridgeway off the active roster, Albert Huggins and Anthony Rush join Cox as healthy defensive tackles. Neither of them has played a snap with the team this season.