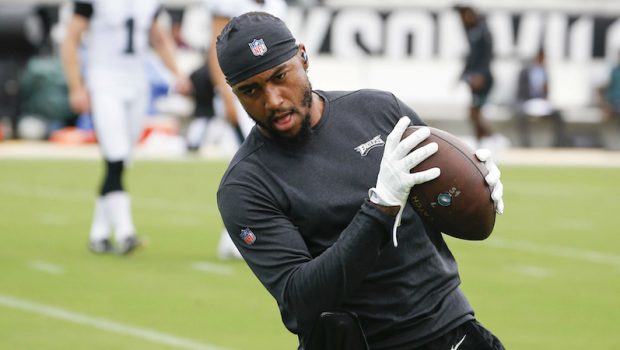 EAGLES D-JAX ON INJURED RESERVE: WILL WE EVER SEE HIM AGAIN?

Jackson suffered a lower-body injury on a fourth-quarter punt return Sunday when Giants tight end Kaden Smith dove on Jackson’s leg for what he thought was a loose ball. It was Jackson’s first game since a Week 3 hamstring injury against the Bengals. The potential return of Jalen Reagor will help offset the loss of Jackson. There is no timetable for Jackson’s return.

Ridgeway suffered a season-ending bicep injury against the Giants. Ridgeway was a valuable rotational piece at defensive tackle, providing quality depth as a rock-solid fourth option. Ridgeway played 28 percent of the defensive snaps in the first seven games to keep the rest of the rotation fresh. The Eagles will be without Ridgeway and Malik Jackson (quadricep) is a question mark for Sunday night’s game against Dallas. Jackson missed the Thursday night win over the Giants.