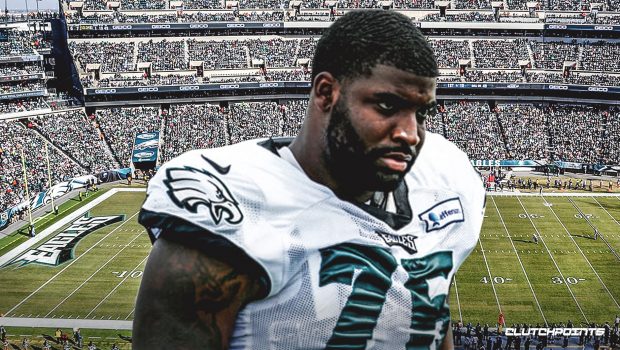 EAGLES D-BOSS BULLISH ON PASS RUSH, EVEN WITHOUT BENNETT, LONG!

So where does that leave their pass rush?

Bennett and Long combined for 15.5 of the Eagles’ 44 sacks last season and 121 of the defense’s 337 quarterback pressures, according to Pro Football Focus.

“That’s business as usual for us,” Schwartz said yesterday. “There’s a challenge every year trying to replace certain production. We’ll miss those guys. They were an important part of what we did.

“But that’s just life in the NFL. Change is nothing new. You’re going to have some roster turnover and you have to deal with it.”

The Eagles signed Malik Jackson in free agency, and they will see the return of Vinny Curry (above), who spent last season with the Buccaneers. Plus, Derek Barnett and Tim Jernigan are healthy.

Barnett played six games before undergoing season-ending shoulder surgery, and Jernigan spent most of the season rehabbing from offseason back surgery and was limited to three games.

“We’re excited about the new guys coming in,” Schwartz said. “We’ve added some experienced players. It’s good to get Vinny back. It really looks like he hasn’t missed a beat from where he was when he last played a game for us two years ago.

“And then adding a guy like Malik inside, he’s a really good inside pass rusher. He’s a really good complement to Fletch [Fletcher Cox] inside. Plus, [Jernigan is] on the road to being more healthy. We haven’t really seen Timmy at his best since the Super Bowl.”

So Schwartz isn’t sweating the team’s pass rush, believing the Eagles can get after the quarterback as good as or better than they did last season.