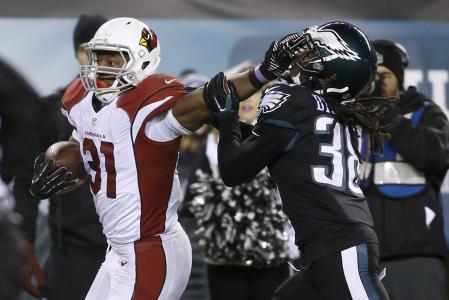 EAGLES’ D-BOSS BILLY DAVIS SHOULD BE FIRED BECAUSE OF THIS TD!

Davis has taken his share of criticism this year, much of it deserved.

But the fact his players seem to struggle tackling is an issue that should have been addressed long before they got to him.

The David Johnson touchdown in the first half was embarrassing (above).

The Eagles who could have made a play were out of position, and the ones near enough to Johnson weren’t able to bring him down.

It was one play, but it was a bad one, and it’s the kind that won’t soon be forgotten.