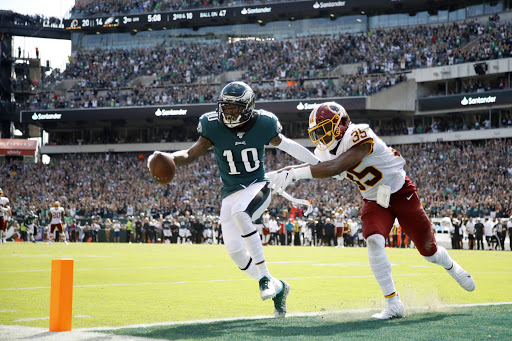 The Athletic is reporting that the Eagles are releasing wide receiver DeSean Jackson for the 2nd time in six years.

Jackson posted a farewell on Instagram, writing, “Looking forward to my next chapter.”

The #Eagles are parting ways with WR Desean Jackson, as he indicated on his social media. pic.twitter.com/7BojOEMKuH

Jackson, 34, missed 24 of 32 possible games over the last two seasons due to injury, since being re-acquired via trade from Tampa Bay. He caught 14 passes for 236 yards and one touchdown in five games in 2020.

A second-round pick of the Eagles in 2008, he spent his first six seasons in Philly, reaching three Pro Bowls before being released in 2014 and signing with Washington.

The Eagles will save $4.9 million against the cap by releasing Jackson, while absorbing a $5.8 million dead-money hit.