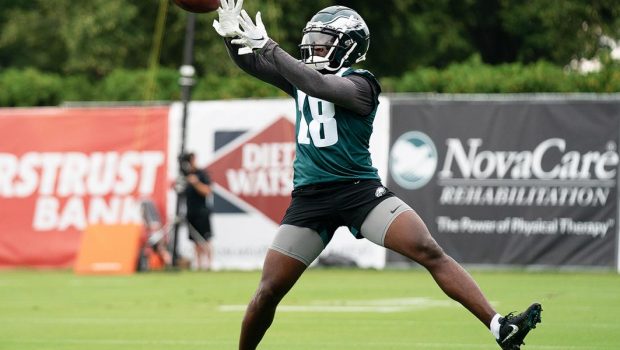 EAGLES CUT TO 53 TUESDAY: REAGOR STICKS IN THIS PROJECTION!

The Eagles have to cut down to their final 53 by tomorrow at 5=4 pm, and this NBCSP projector, Dave Zangaro, thinks Jalen Reagor makes it:

At times this summer, it looked like Cain, Covey or Allen could find their way onto the roster, but ultimately it makes more sense for the Eagles to keep five. They can sneak those other guys through waivers. It’s going to be unpopular to keep Reagor but I’d be surprised if he’s gone, especially via a cut. He’s had a disappointing career, but I don’t get the sense the Eagles are ready to completely give up on him.