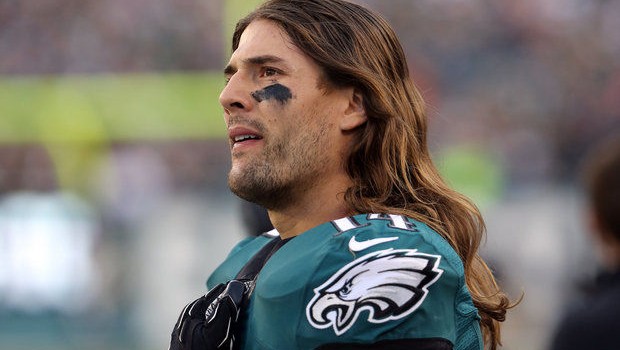 Cooper was caught on videotape making racist remarks, including the use of the N-word, at country concert before the start of the 2013 season, and only stayed on the roster after African-Americans Michael Vick and Jason Avant came to his defense.

The Eagles have ended their relationship with controversial wide receiver, releasing their 2010 fifth-round pick out of Florida.

In 88 games (54 starts), Cooper recorded 169 receptions for 2,418 yards and 18 touchdowns during his six years with the team. Last season, Cooper started in 13 of the team’s 16 games and had 21 catches for 327 yards and two touchdowns. He played 49 percent of the team’s offensive snaps after being on the field for 89 percent and 81 percent of the snaps in the previous two seasons, respectively.

In his first season as a full-time starter in 2013, Cooper was third in the NFL with a 17.8 yards-per-catch average. He had 47 receptions and set career highs with 835 receiving yards and eight touchdowns. Cooper scored three touchdowns in the win at Oakland to tie the mark for the third most touchdown grabs in a single game in franchise history. He followed that season up with a career-best 55 receptions in 2014.