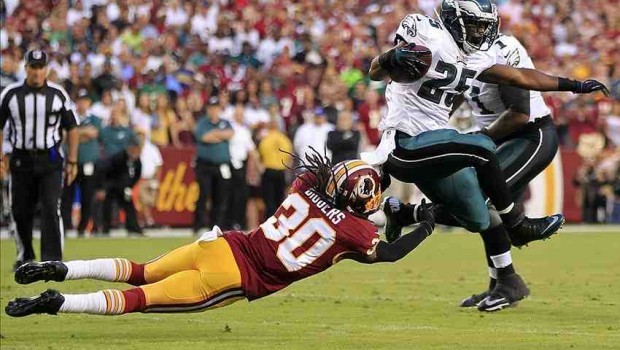 The Eagles are leaving no stone unturned in their effort to improve their defensive secondary, which was one of the worst in the NFL in 2014.

Former Washington cornerback E.J. Biggers (missing Shady McCoy in photo above) has agreed to a one-year deal with the Eagles.

A sixth-year veteran, Biggers had spent the past two seasons with Washington, serving primarily as nickelback. He wasn’t expected to re-sign with the team after a 2014 campaign marked by frequent struggles.