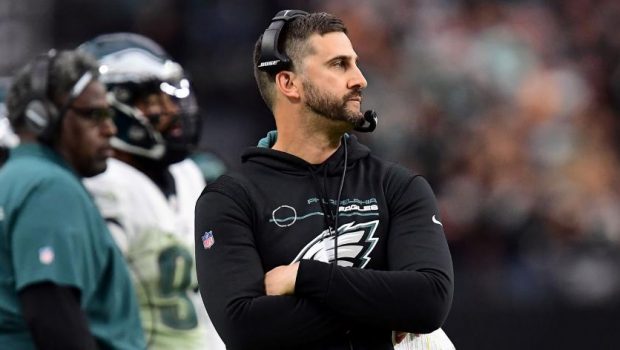 A fish out water.

In over his head.

A deer in the headlights.

He accepted a holding penalty rather than give the Raiders another chance at a third down.

He tried an ill-fated onside kick coming out of the half.

Fans were excited in the first quarter when it seemed Sirianni had come around on the whole “run the ball” thing, before Miles Sanders hurt his ankle and left the game for good.

Instead of adapting in real time, Sirianni decided using the 5-9 Kenny Gainwell in place of Sanders on runs up the middle and off-tackle.