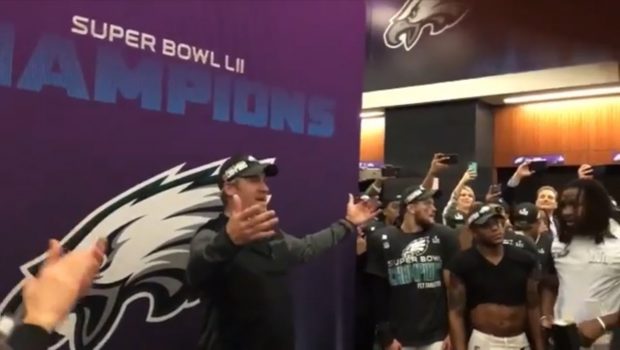 EAGLES COACH DOUG PEDERSON SOUNDS LIKE HE’S LIVING IN THE PAST!

Eagles coach Doug Pederson has a real long leash from the fan base because he took the Birds to their first NFL title since Dwight Eisenhower was president:

But more and more he sounds like a man of the past:

“You go back to 2017 in that championship run, and if you remember back a couple years ago, there was consistency and there was stability around our offense. We had the same three receivers. We had the same three tight ends. We had the same running backs. The offensive line was intact and so we had continuity and things were flowing. With so many moving parts, offensively, right now with the amount of injuries, so many guys are shuffling in and out of the lineup that it’s hard to get continuity and rhythm and timing and flow. It makes it look really bad on the outside when, quite honestly, from – you probably don’t believe it, but it’s encouraging from our side that, yeah, one, we won the game, right? We’re a game and a half up in the NFC East. We have a chance to get healthy here at the bye. We have a chance next week against the Giants to hopefully get some more starters back and see what happens and correct some of the things that are going on.

“It’s about how we – the season, it’s a marathon. It’s long, right? It’s not a sprint. You don’t sprint to the finish. Are we where we want to be? Yeah, we’re first place in the NFC East, but at 3-4-1, it could easily be the other way, right? It could be 4-3-1 or 5-3 or whatever it could be. But there’s a lot of positives that we see as coaches on the inside that give us the encouragement and the opportunity to get better as a team.”