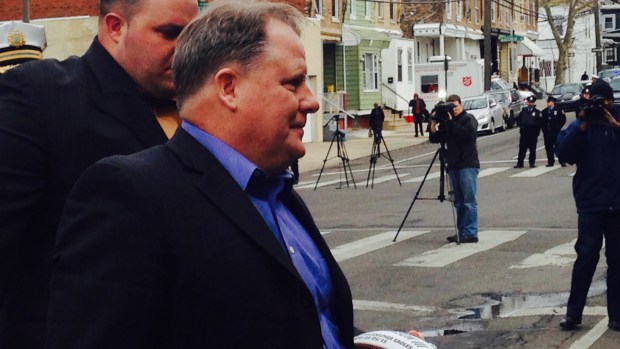 On Friday, police officer Robert Wilson III was honored for his valor, and Kelly came with a ball.

The Eagles head coach has been quite busy over the last week, but on Friday he took some time to pay his respects to Wilson who was murdered last Thursday as he intended to buy a video game for his son at a North Philadelphia GameStop store.

Kelly arrived at Friday’s viewing with a football in hand (photo above) to present to Wilson’s family to honor the memory of their fallen family member.