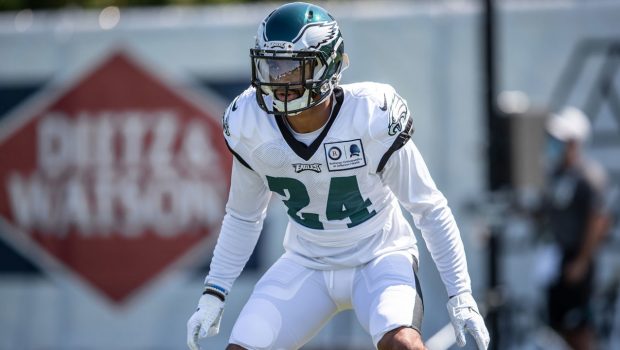 He would need to be cleared by an independent neurologist before playing Sunday against the Baltimore Ravens. Avonte Maddox, the other starting corner, practiced once again yesterday in a limited role. He has missed the past two games with an ankle injury.

Safety Will Parks is not on the injury report since he’s not yet on the active roster, but his teammates expect him to be activated ahead of Sunday’s matchup.

“Energy. That’s the first word that comes to mind for Will Parks, man. He’s a very energetic guy. Comes to work every day ready. He’s a guy that’s shown the ability to do it all. He’s made a lot of plays for us in camp. Unfortunately, he went down with the injury. Now he’s back and he’s been doing that this week,” safety Rodney McLeod said.

A Philly native, Parks is designated for return from Injured Reserve. He suffered a hamstring injury before the season opener.