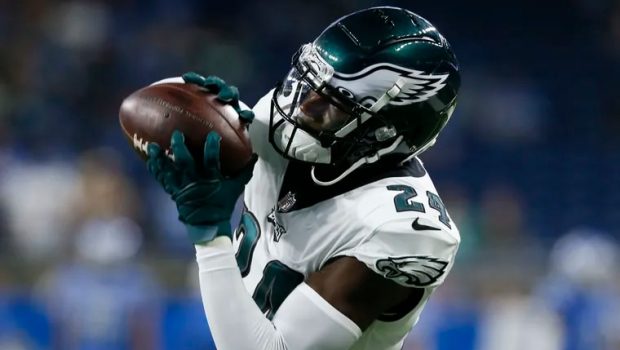 Haason Reddick has gotten props for his two strip-sacks last Sunday in the Eagles come-from-behind-win over the Jags.

And another free agent deserves some too:

Cornerback James Bradberry, who had a crucial interception Sunday.

He signed to a one-year deal worth $7.25 million in June after the Giants released him, and he was the only healthy cornerback among the three starters − Darius Slay left after three plays with a forearm injury and Avonte Maddox was ruled out before the game with an ankle injury.

Slay interrupted Bradberry’s postgame interview Sunday to say that reporters should be asking Bradberry why the Giants let him go. The clear answer is the Giants had to clear space on their salary cap and couldn’t keep him.

“I try to make sure I tell him once or twice a month … how happy I am that he’s here, and I know I definitely said that to him (Sunday),” Eagles coach Nick Sirianni said. “That was an unbelievable catch and an unbelievable play by him.”