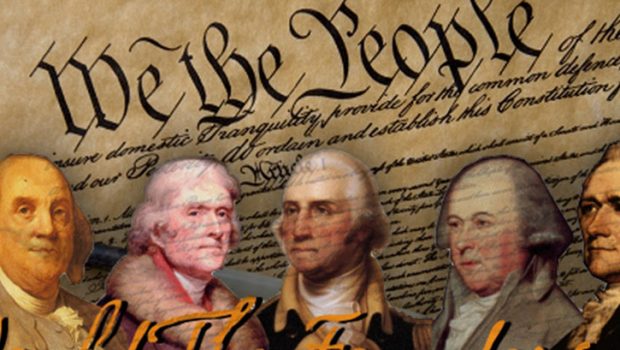 EAGLES! CATS! SIXERS! CITY OF WINNERS! EVEN THESE GUYS ARE PROUD!

Philly is now the dead-bang City of Champions!

The hottest sports city in this sports-crazy country.

Villanova’s transcendent performance last Monday night in winning its second NCAA title in three years has demonstrated how far we have come, just two months after the Eagles put us on the national media map by winning our first Super Bowl.

And our first NFL title since 1960, when, it should be remembered, pro football was such a mom-and-pop operation that the Eagles-Packers game at Franklin Field wasn’t even on local TV.

Luckily for my brother Art and me, my dad had the foresight to plant a big antenna on top of our house in the Northeast and we had 40 Eagles nuts in our basement watching that frigid December day with the feed from Ch. 2 in Manhattan!

Sports have come a long way since then.

And so has Philly.

Where once we were a city of perceived losers — throwing snowballs at Santa, for instance — we are now the toast of the nation.

The trouble is, we won’t get the credit from the lame-ass, conventional wisdom dummies who write and comment around the country for most media outlets.

Even though the Sixers have also mesmerized the sports world by skyrocketing from 10 wins two years ago to 28 last year and now 50 this year.

HBO and ESPN won’t be doing documentaries on the Wildcats or the Super Bowl-winning Eagles the way they did on the oh-so-boring Boston Red Sox “Reverse the Curse of the Bambino.”

Or on the Chicago Cubs’ “The Curse of the Billy Goat.”

Turns out the curse in Boston wasn’t the 1919 sale of Babe Ruth to the Yankees, and the curse in Chicago had nothing to do with a billy goat ejected from Wrigley Field during the 1945 World Series.

The curse was woeful management, which was cured in both towns by the magnificent GM Theo Epstein.

Nope, the smart guys in Bristol, CT. and Manhattan won’t recognize the importance and historical significance of what took place in Minneapolis on Feb. 4, 2018.

Or just how much this region needed the Supe win to validate its rising importance as a place to live and work and.

That’s because the national media are the last to discover what is obvious to anyone who takes the time to look.

Like anything else, it takes forever to turn around the perception of a sports town — sort of like turning around an aircraft carrier in drydock.

Because the great Jason Kelce — the Abraham Lincoln of sports speechifying — spoke for us all when he shouted this during the parade on Feb. 8:

“No one wanted us! No one liked this team. No analyst liked this team to win the Super Bowl and nobody likes our fans. And you know what? I’ve just heard one of the best chants from this past day. And it’s one of my favorite and it’s new and I hope y’all learn it. Because I’m about to drop it right now. You know what I got to say? To all those people that doubted us, to all those people who counted us out and to everybody who said we couldn’t get it done. What my man Jay AJayi just said: ‘Fuck em!’

I have lived in Chicago, as well as Los Angeles, San Francisco, Washington, D. C., and Manhattan, and I have spent a fair amount of time in Boston.

But none of them is as good as this one — and our fans are better and and more respectful as any of them.

So, why, you might ask, do the national media ignore the Eagles — and the amazing Sixers?

Because, as Tom Wolfe would say, it is the seemly sentiment that has been inculcated into our brains ever since the Connie Mack-owned A’s ran roughshod over the Yankees almost 100 years ago and then had to sell his best players to make payroll because they were so good nobody came to Shibe Park except the gamblers and the bookies!

And we have shot ourselves in foot a lot, which hasn’t helped the perception of our teams and our fans:

The ownership fraternity in Philly has included absentee car dealers, a couple of dipsomaniacs and some trust funders with nothing better to do with their time and money than own a sports franchise.

Oh, and did I mention, the Phils blowing the pennant in 1964 after being up by six and a half games with 12 to play!

And, for good measure, throw in Legionnaire’s Disease and the MOVE bombing.

Yes, we have earned the scorn the national media loves to throw our way.

“Victory has a thousand fathers and defeat is an orphan,” Jack Kennedy once said.

Because that’s how many people in this sports-crazy town and region have had their Philly pride raised by one of the great events in Philly history:

Okay, it’s been almost two months since the Eagles shocked the world — though not anyone who watched them for more than 15 seconds on SportsCenter — and beat the Patriots in Super Bowl 52.

That glorious Feb. 4 evening will go down as one of the most important events in the 336-year history of this great old town.

Greater than any political convention or art exhibit or business accomplishment.

It ranks right up there with the signing of the Declaration of Independence, crafting of the U. S. Constitution, the discovery of electricity and the invention of the cheese steak.

Move over, James Madison and Thomas Jefferson and Benjamin Franklin and Pat Olivieri.

And if you think that is a massive overstatement, here’s why it’s on the money.

The Eagles’ win in the Super Bowl has transformed this town into Camelot on the Delaware and Schuylkill.

King Arthur had nothing on Nicky Nice and Jason Kelce and Dougie P.

The tsunami of happiness that’s covering the Philly region is making us all feel much better about ourselves.

And it will last for a long time.

In politics they say, “A day is a lifetime and tomorrow is forever.”

You could say the same thing about Philly’s self-esteem, which is a slippery slope.

Especially as it relates to our star-crossed sports teams.

Formerly star-crossed, that is.

And gauging it is as tricky as Richard Nixon.

Especially in Philly, a town that has been fighting for it ever since 1790, when we gave up the seat of the federal government to Washington, D. C., and 10 years later when New York stole the mantel of business center of the new nation.

And we have been digging ourselves out from under ever since.

The excavation has been a long and painful operation, with lots of fits and starts and misses.

Now that we are on the right track, I wonder what Jefferson, Franklin, Madison and Washington would think of this old town.

I bet they are smiling.

After all, the Founding Fathers were the ultimate underdogs, breaking away from the big bad Brits with an idea that they thought might work.