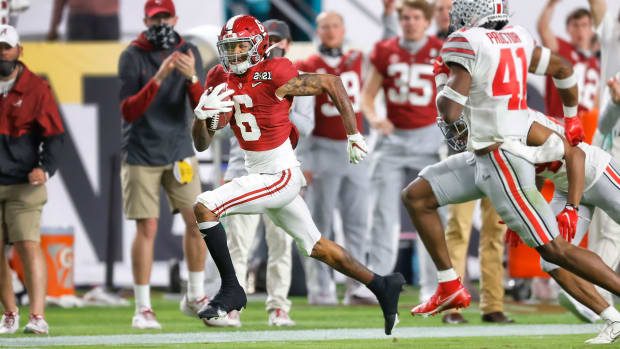 As Philly resets with QB Jalen Hurts, its offense is still being weighed down by several whiffs at wide receiver.

Smith – reuniting with the Crimson Tide transfer who became a star at Oklahoma – would provide a much-needed dose of reliability, as his separation skills and surehandedness should position him for early success so long as he can hold up at the line of scrimmage against physical cornerbacks.