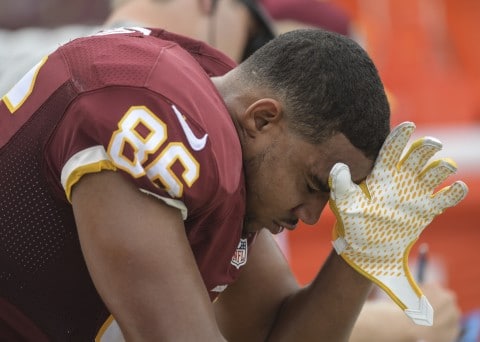 The Eagles may not have to worry about the Redskins weaponized tight end Jordan Reed this Sunday at the Linc.

Gruden said, via Mike Garafolo of NFL Media, that Reed remains in the protocol a few days ahead of the season opener against the Eagles. Gruden added that he’s hopeful that the tight end will be able to do some work that would put him on the path to clearance.

Reed has had a number of other documented concussions dating back to his time in college, so he’s no stranger to the recovery process.

Vernon Davis and Jeremy Sprinkle are the other tight ends on the 53-man roster in Washington.