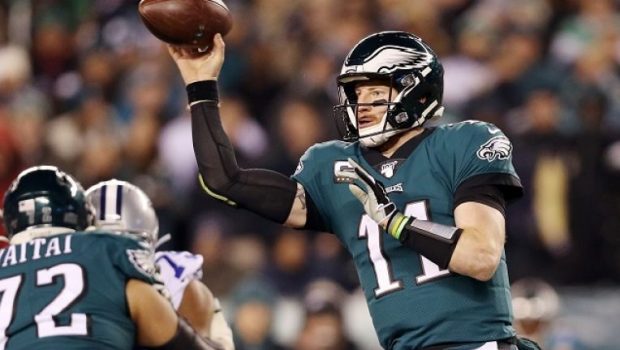 The Eagles destroyed the Dallas Cowboys chances to make the playoffs with a big 17-9 win last Sunday.

“Obviously, everyone’s excited about this win, but hey, we have to go win one more,” Wentz said when asked about this Sunday’s must-win at the Giants. “We’ve won nothing yet. … Get back on and prepare the same way we always do and have no letdowns. It’s going to take the leaders to make sure we’re emphasizing that point. But at the same time, even just talking to a lot of the guys in the locker room, I can already feel that. I can already feel that no one’s complacent now or feels like we won anything. We have to go prove it again, and we’re excited for it.”

Wentz has had a solid all-around season for the Eagles this year. He has completed 64.4 percent of his pass attempts for 3,750 yards, 26 touchdowns, and seven interceptions. Those numbers show just how good he has been, despite some of the criticism that he has faced.

At 26 years old, Wentz has turned into one of the most polarizing quarterbacks in the NFL. Some fans and media members think he’s an elite quarterback, others don’t give him much credit at all.

All of that being said, if he can lead the Eagles to another deep playoff run, no one will be able to deny him. If he can take this team from the edge of an overhaul to title contention, Wentz will finally force his name into the elite conversation.