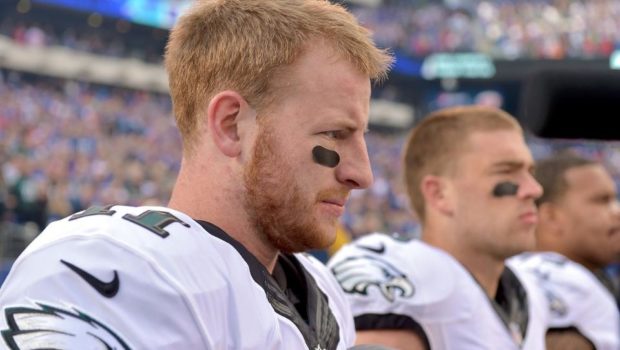 He looked like one in the opening moments yesterday against the Giants.

The Giants got in Wentz’s head, one defensive back said, and his resulting back-to-back interceptions inside Eagles territory are a big reason why the Giants exited with a 28-23 win.

The Giants’ opportunistic defense forced Wentz into a pair of ill-advised throws on Philly’s first two series, picking off both in the first 5:10 of the game. The Giants made Wentz and the Eagles pay both times, turning the takeaways into touchdowns on short fields.

“Our mentality was to come out fast,” said safety Andrew Adams, who had the second interception. “Just play fast and relentless. We had a few disguises for a rookie quarterback. I think that kind of got in his head a little bit. I really think that’s what contributed to our success.”