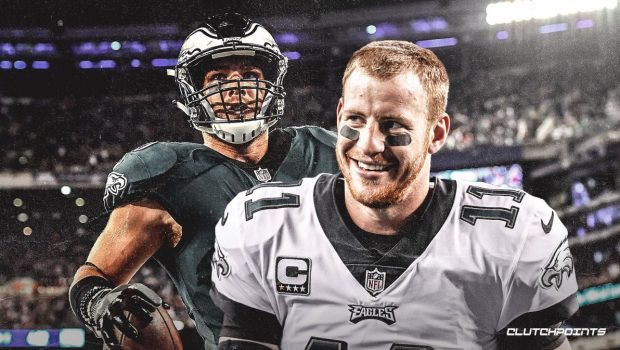 Eagles quarterback Carson Wentz is finally starting to get the props he deserves.

So, the question remains, where does Wentz rank among current NFL quarterbacks. While, he hasn’t become the absolute superstar people expected him to be after 2017, Wentz is still better than the majority of quarterbacks in the NFL. Additionally, at only 26 years old, the Eagles star still has plenty of room to improve.

Wentz isn’t putting up eye popping numbers but he’s been efficient, especially in the team’s last few games. Considering the wide receiver situation in Philadelphia this season, what Wentz has been able to accomplish is pretty remarkable.

Alshon Jeffery has missed four games so far this year and will be out for the rest of the season. Nelson Agholor has missed three games and DeSean Jackson has been injured pretty much the whole season.

What Wentz has had left to throw to is the tight end duo of Zach Ertz and Dallas Goedert, rookies Miles Sanders and JJ Arcega-Whiteside and former college quarterback Greg Ward.

Wentz is a top 10 quarterback in the league, though behind Patrick Mahomes, Lamar Jackson, Russell Wilson, Aaron Rodgers and Deshaun Watson.

However, he is a better quarterback than anyone not on that list.