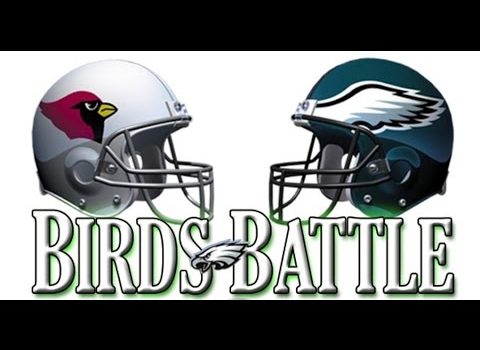 EAGLES-CARDS MAY BE HIGHLIGHT OF A BAD WEEK 5 GROUP OF GAMES!

So says Kevin Clark of TheRinger.com:

Why It Is Bad: I like the Eagles, but the Cardinals have failed to score more than 23 points in a single game this year, so I’m not expecting any fireworks. Two years ago, the Cardinals were one of the best teams in the NFL; this year, they rank 22nd inpoints for and 20th in points against. They are 2-2 but only because the schedule gods blessed them with the Colts and 49ers—both of whom took Arizona to overtime. Football Outsiders says they’ve had the 29th-hardest schedule so far. The Eagles are 3-1, but have racked up wins against the Chargers and Giants, both of whom we don’t need to say any more about. I think the Eagles can be pretty good and Football Outsiders gives them the seventh-easiest schedule from here on out, but this one isn’t gonna be pretty.

What You Can Watch For: Larry Fitzgerald won the 49ers game last week in overtime, and who doesn’t want another year of Fitz being a contributor? He’s also really into this baseball thing: