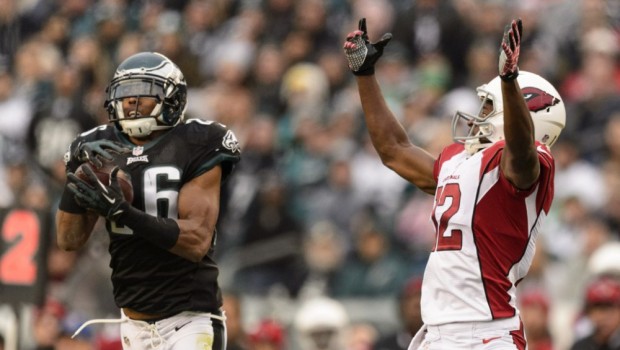 This one feels like a playoff game on October 26.

The Cardinals (5-1) and Eagles (5-1) are two of just four teams in the league with one loss and Arizona coach Bruce Arians is convinced last season’s loss to Philly was the pivotal one that prevented the Cardinals from making the playoffs despite finishing 10-6.

He still believes that, even though there were four games left in the regular season.

“Yeah, there was no doubt,” Arians said. “It was going to come down to the wire and the tiebreakers.”

There could be implications coming out of this year’s game as well. The winner will be given more validation, will have chalked up a key conference victory, and improved its win streak to three games.

This one may very well be decided by how well the Eagles are able to run the ball behind LeSean McCoy, last season’s rushing champion, and how well the Cardinals’ top-ranked run defense is able to stop him.

McCoy is coming off his best performance of the season two weeks ago when he rushed for 149 yards on 22 carries against the Giants. He’s also well rested as the Eagles didn’t play last week.

With 100 yards against the Cardinals, McCoy would tie Brian Westbrook (5,995) for No.

2 on the Eagles’ all-time rushing list. Wilbert Montgomery is first with 6,538 yards.