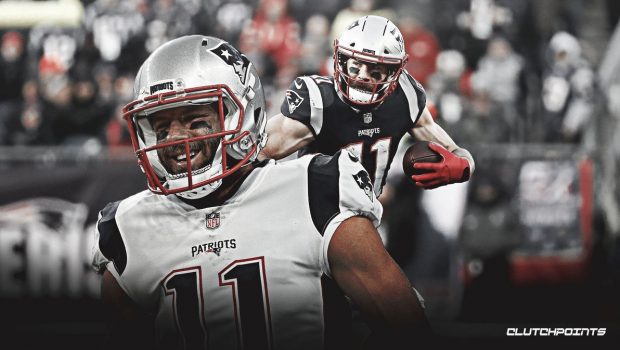 EAGLES CAN’T LET EDELMAN AND PATS GET AN EARLY LEAD!

The Eagles have been characterized all this season by an inability to get off to a quick start.

And in the NFL it’s a lot tougher than in other sports to dig yourself out of a hole.

Same thing goes for the New England Patriots, who face the Birds this Sunday at the Linc.

Julian Edelman knows if the Patriots get out to a slow start against the Eagles in Week 11, they could lose their second game in a row.

Edelman recently appeared on Ian Rapoport’s RapSheet + Friends Podcast and was asked what the team learned from their loss against the Ravens:

“You got to play the game the way you go into the game trying to play it,” Edelman told Rapoport via NFL.com. “With a team like Baltimore, you can’t get behind because they’re so dynamic at keeping the ball away from you. So, starting fast, getting back on that program, being able to come out and start fast and get a rhythm established. A lot of this week was more of self-scout and we’re just kind of working on us, on all the things that we have to do better.”

The Eagles’ offense is averaging 11.7 points per game during first halves, so the Patriots are going to need to step up defensively from right out of the gate. Also, Tom Brady and Edelman must get the offense to find a rhythm and build momentum early, too.