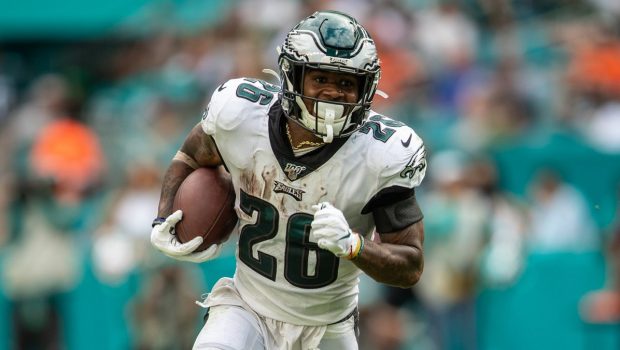 The Strip books have settled the Eagles back down to a 3-point dog at Cleveland on Sunday.

And 3 points is a typical advantage any team is slotted for. So it’s really an even game

And if the Eagles want to win and cover, they’ll dial up Miles Sanders on the ground and in the air.

When Carson Wentz targets Sanders, he’s averaging just 3.4 YPA; that’s tied for last among all players who have been targeted at least 25 times.

The Browns rank 31st in coverage against running backs, according to Football Outsiders.

It would be a good game to get Sanders going because the Eagles’ next four games after this one are against the Seahawks, Packers, Saints and Cardinals.