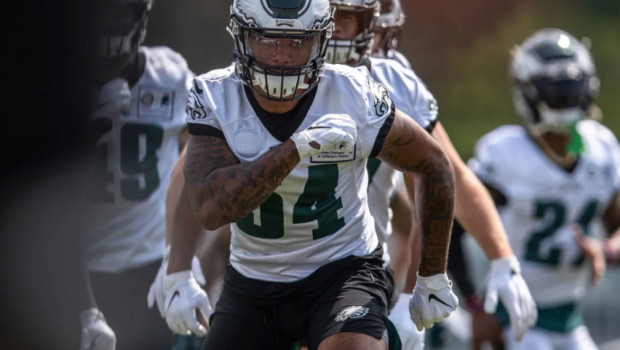 But two players have shown they have the right stuff:

Linebacker Shaun Bradley was active and could be on his way to causing a shakeup in the Eagles depth chart.

The Temple alum delivered a huge hit on Dallas Goedert and ended up getting reps ahead of Davion Taylor.

He knows the playbook and he’s a playmaker.

After missing 17 games with injuries in the last two years, running back Corey Clement returned to camp in amazing shape and the same hunger that allowed him to carve out an integral role on the roster two years ago.

During the team period on Monday Clement broke off a long run against the first-team defense.