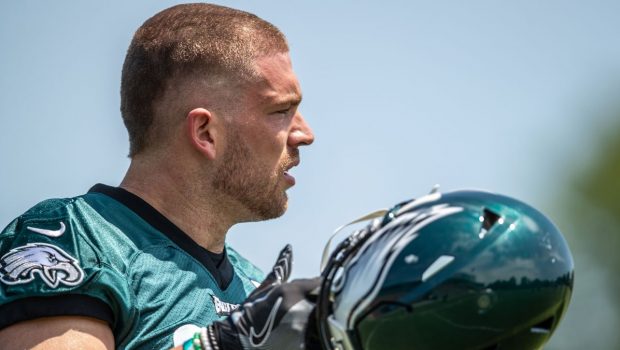 Most important position battle: cornerback. Philly’s roster is arguably the best and deepest in football. It’s hard to find a blemish, let alone a competition. So I’m tempted to leave this entire section blank. Alas, I’m in too deep already. Let’s go with the Eagles cornerbacks, a deep unit that was ravaged by injuries last season. Ronald Darby and Jalen Mills should still start, but where does that leave Sidney Jones(who has yet to complete a full season), Avonte Maddox, Rasul Douglas and Cre’von LeBlanc? Philly has a bevy of solid (if fragile) options to fill out the depth chart, and hopefully not the injury report, this season.

Newcomer/player returning from injury to watch: Jordan Howard, running back. This could be Howard or rookie running back Miles Sanders, whom the Eagles drafted in the second round out of Penn State. Both are new faces in Philly, replacing the departed Jay Ajayi as potential bell cows in the backfield. The Eagles struggled on the ground last year without the injured Ajayi and the departed LeGarrette Blount, instead relying on undrafted rookie Josh Adams to pace the club with 511 rushing yards. That won’t be enough to see Philly retake the East in 2019. But is the addition of Howard a quick fix? The former Bears back is coming off his third — and least impressive — campaign and was deemed expendable in Chicago because of his one-dimensionality. Will Howard be an every-down back or a one-trick Eagle in Philly, which boasts a deep-enough RB corps that he need not tote the rock 250 times, as he did in the Windy City? Acquiring Howard was a low-risk move by the shrewd Howie Roseman, but the future of the position might rest on younger legs (re: Sanders).

Looming camp question: How will the receiver room shake out? The Eagles, as I’ve said before, boast an embarrassment of riches at nearly position. Usually, you can’t have too much of a good thing, but Philadelphia might have just that in the receiver room. The Eagles return Alshon Jeffery, Nelson Agholor and Mack Hollins from last year’s roster. They also scooped up DeSean Jackson and Braxton Miller in free agency, as well as J.J. Arcega-Whiteside in the draft. Add to that group two tight ends with 80-reception potential (Zach Ertz, who caught 116 balls last year, and Dallas Goedert), and Carson Wentz has his pick of the litter behind a typically-clean pocket. As things stand, Philly could choose to play more often with either 11 personnel (3 WRs) or 12 personnel (2 TEs, 2 WRs), with Agholor as a potential odd man out of the lineup and/or roster. Agholor was available for a trade ahead of the draft, and the acquisition of Arcega-Whiteside portended to some that Agholor’s departure was imminent. That has yet to come to fruition, but the former first-round WR did miss minicamp with a lower-body injury, which doesn’t do him any favors on the trade block. If a younger receiver or two stand out to Doug Pederson and his staff this summer, could Agholor finally be dealt?