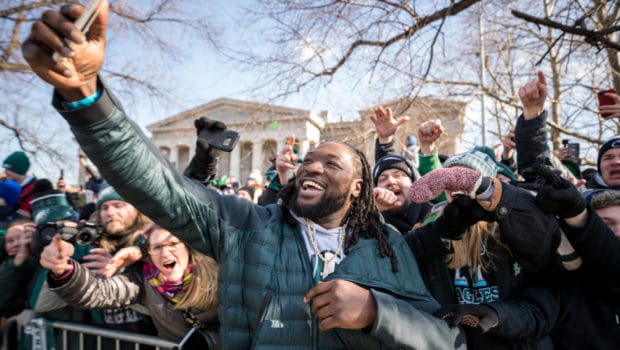 EAGLES’ BULL-RUSHING BLOUNT MAY BE A LION IN 2018!

He’s traveling to Detroit tomorrow to meet with the Lions, Adam Schefter of ESPN reports.

The Lions already have visited with ex-Eagle DeMarco Murray and Jonathan Stewart.

Detroit is trying to upgrade a running game that ranked 32nd in the NFL last season, and new Lions coach Matt Patricia coached the defense in New England when Blount played there.

Blount, 31, gained 766 yards and scored two touchdowns on 173 carries last season. He has 5,881 rushing yards and 51 career touchdowns and has played in 11 postseason games in his eight seasons.