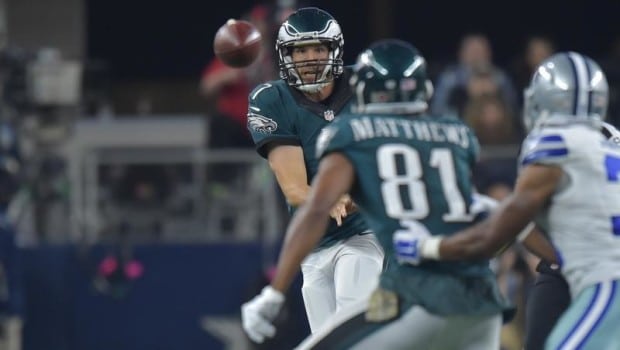 And Matthews is ready for an expanded role under new coach Doug Pederson.

“I’ll have more looks on the outside. That’s not a secret,” Matthews said yesterday. “As for adjusting to it, I don’t think it’s something that’s extremely difficult. That’s what I did all in college. … I feel going inside helped me now with my routes because they had to be so precise, and now we have more space on the outside. Going against what some people say are better corners will only help my play anyway. That’s the kind of thing I actually look forward to.”

Playing almost exclusively inside under Chip Kelly, Matthews hauled in a career-high 85 catches for 997 yards and eight touchdowns last season. His 16 scores over two seasons are only three less than Pittsburgh’s Martavis Bryant, giving Pederson an intriguing player to develop. While the draft could add competition, Matthews looms as Philly’s primary target alongside second-year wideout Nelson Agholor.

“At the end of the day, my biggest thing is I’m just looking to be on the field more,” Matthews said, adding: “I’m working toward being on the field the entire game. That’s where I feel my role can be.”