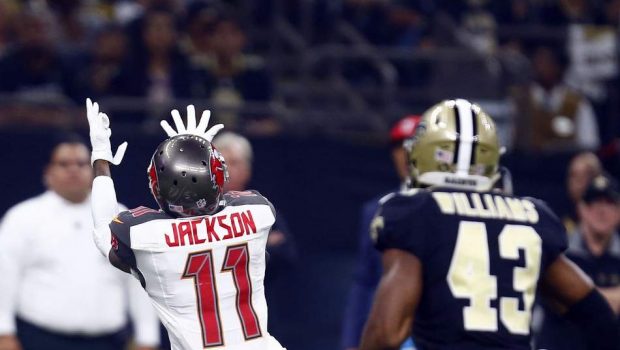 The Tampa Bay Bucs got two of their key players back at practice yesterday.

Defensive end Jason Pierre-Paul and wide receiver DeSean Jackson were on the field during the portion of the session open to the media.

Pierre-Paul is dealing with what he called a “jacked up” knee after playing 75 percent of the snaps in his Buccaneers 48-40 win over the Saints.

Jackson is in the concussion protocol and suffering from a shoulder injury. He had a big hand in the offense’s success against the Saints last Sunday by catching five passes for 146 yards and two touchdowns.