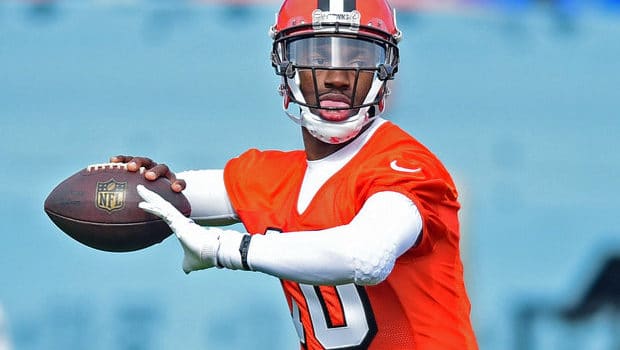 The Eagles will face an old NFC East foe when they host the Cleveland Browns in the season-opening Sept. 11 game at the Linc.

Griffin, who took the Washington Redskins to the NFC East title as a rookie in 2012, has watched his career crater ever since, was named the Cleveland Browns’ starting quarterback today by head coach Hue Jackson.

“It’s time,” Jackson said in a statement. “Robert has earned the right to be named the starting quarterback of the Cleveland Browns. “Since he was signed back in March, Robert has made it clear through his actions that he is willing to do everything that has been asked of him to earn this role.

“Throughout this process he has gained the respect from his teammates, the coaching staff and the entire organization that is necessary for him to lead our offense and really the entire team.”