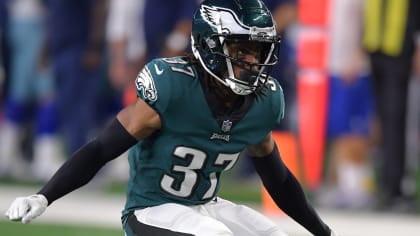 The Eagles claimed rookie cornerback Mac McCain off waivers from the Broncos, filling a roster spot after the team placed linebacker Davion Taylor on Injured Reserve earlier in the day.

A rookie free agent signing of the Broncos out of North Carolina A&T, the 6-0, 175-pound McCain was signed by he Eagles off the Broncos’ practice squad on September 7.

He made his NFL debut in Week 3 at Dallas where he played 13 snaps on special teams.

The Eagles waived him on November 9. He was claimed by the Broncos just ahead of the Week 10 showdown between the two teams. He’s now back in Philly.