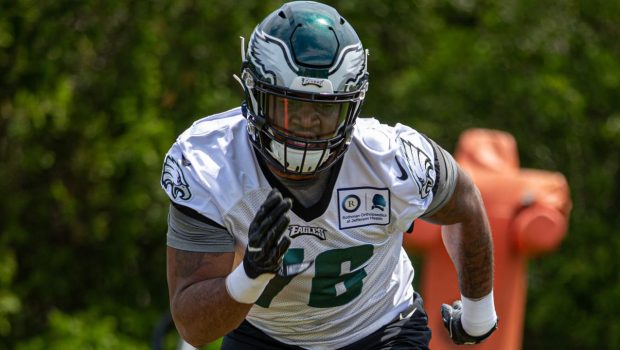 The Eagles have been decimated by injuries to many to number.

So they have brought back defensive end Shareef Miller to the practice squad.

The Philly native and former GW High and Penn State standout was a fourth-round pick of the Eagles in 2019.

The 23-year-old played in one game as a rookie last season. He was caught up in the numbers game at defensive end and released during the roster cutdown this season. Claimed by the Carolina Panthers, Miller spent the first three weeks of the regular season on the active roster but didn’t appear in a game. He was waived on October 3.

Miller gives the Eagles a young prospect to develop, but someone who knows the scheme if an emergency arises. The Eagles are deep at defensive end with Brandon Graham, Derek Barnett, Josh Sweat, Vinny Curry, and Genard Avery. From 2017-18, the 6-4, 254-pound Miller led the Nittany Lions in both sacks (13) and tackles for loss (26.5).