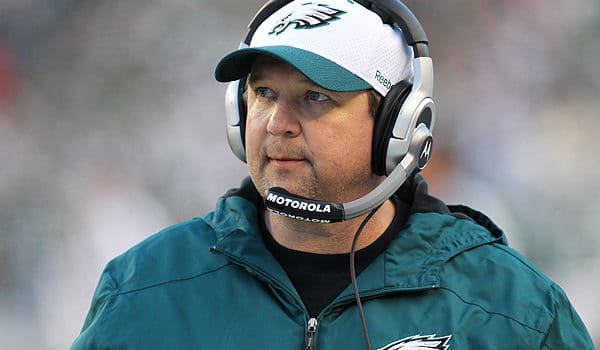 The Eagles are starting to resemble an employer of last resort, especially when it comes to their ex-coaches.

They hired Marty Mornhinweg as a senior offensive consultant, a title that is not “offensive coordinator,” which he was under coach Andy Reid a decade and a half ago..

Coach Doug Pederson regards Mornhinweg as the “final piece,” according to the team’s web site. Pederson was a quarterback in Green Bay when Mornhinweg was the quarterbacks coach in 1996. The two coached together in Philly from 2009-12.

“He gets what we’re doing. He gets my vision. He understands my philosophy,” Pederson said. “He understands what my goal is and what my vision is for this offense.”

Mornhinweg started in Philly as a senior assistant in 2003 and later spent seven seasons as the team’s assistant head coach/offensive coordinator. During his 10-year tenure with the Eagles, Mornhinweg was a key component of six top-10 scoring offenses, two of the top five scoring offenses in team history, and three of the top five Eagles offenses in terms of yards gained.

Most recently, Mornhinweg served as the offensive coordinator of the Baltimore Ravens from 2016-18. In his final season, Mornhinweg overhauled the offense midseason to transition from veteran pocket passer Joe Flacco to rookie dual-threat Lamar Jackson. The first-round pick went 6-1 as a starter as the Ravens rallied to win the AFC North. Despite the change, Baltimore finished ninth in yards gained.

“I think from that standpoint it helps from an ideas perspective – how they used Lamar, what they were doing with their tight ends. The run game is a little different and unique than what ours is,” Pederson said. “From that standpoint, having that information and knowing that structure can enhance what we’re doing by bringing an idea or two from that system.”