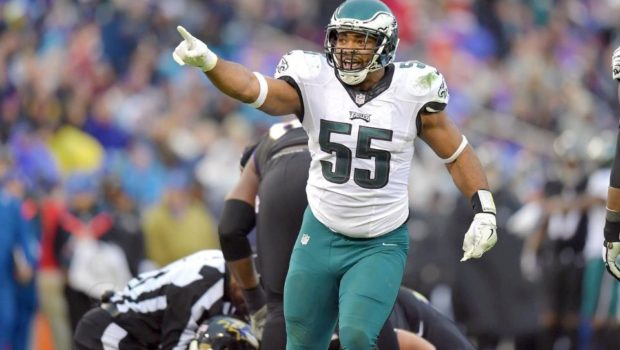 WHY IS EAGLES’ BRANDON GRAHAM SO UNDERRATED BY SO MANY?

Graham isn’t just a player that doesn’t convert as well as the best players in that regard (Von Miller was at 17.7 percent in 2016), but he consistently converts at a lower rate than average, which is certainly not a good thing. The key to his game, though, is in appreciating that as a flaw that keeps him from the Defensive Player of the Year conversation, but not ignoring the staggering rate of production he has in spite of that flaw.

Graham is one of the league’s most consistently productive edge rushers, well deserving of his place on the PFF All-Pro team this year and at number nine in the Top 101, and he still has a very clear aspect of his game he can work on to get even better. That should concern anybody tasked with blocking him in 2017 and beyond: