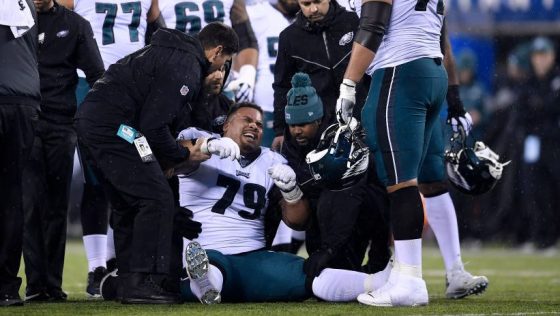 If you’re celebrating the Eagles 34-17 win over the Giants this morning you might want to take a breath because:

Right guard Brandon Brooks and running back Miles Sanders were injured as the yesterday Eagles wrapped up the NFC East.

Sanders left in the second quarter with an ankle injury. Brooks injured his right shoulder blocking on the extra point after a Carson Wentz touchdown pass to Joshua Perkins with 1:52 left in the half.

Neither player returned for the banged-up Eagles (9–7), who will be the host for a wild-card game next weekend.