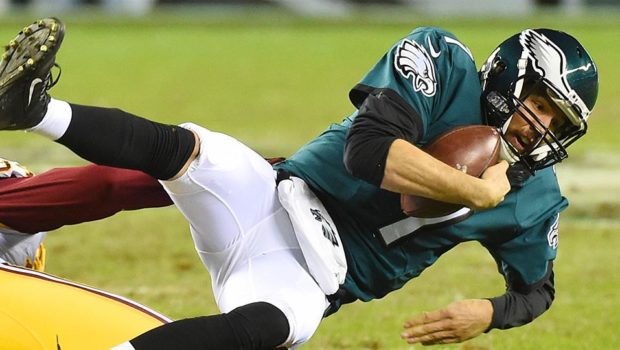 EAGLES’ BRADFORD NEEDS TO LEARN HOW TO PICK UP THE BLITZ

Eagles quarterback Sam Bradford need to do a much better job picking up the blitz.

What’s interesting about Bradford is defenses had very little success sacking him when they blitzed. Opponents brought him down 2.1 percent of the time when sending pressure, the second-lowest number among all quarterbacks.

Although Bradford got rid of the ball, he rarely did anything positive with it. Bradford completed 50 percent of his passes (second worst) against pressure. His 65.9 passer rating was ahead of only Foles, and Bradford’s 28.0 QBR ranked 32nd.