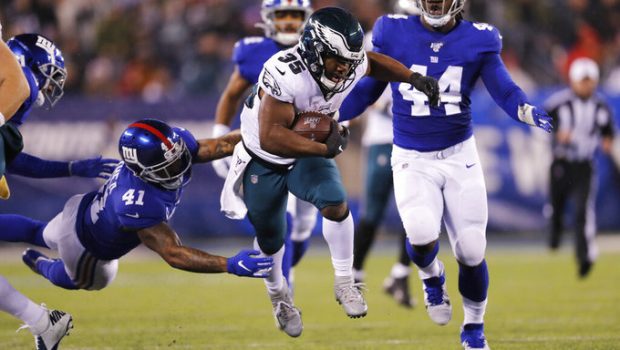 EAGLES BOSTON SCOTT HAS BEEN A GIANTS-KILLER!

No Miles Sanders for the Eagles tonight.

In his place is an Running Back by Committee led by Boston Scott this week. Scott has combined for 18 yards from scrimmage over the last four weeks, but before that had 97 yards on 18 touches in weeks 1 and 2. With a lack of healthy playmakers, Scott is positioned well this week to be feature heavily in the passing game where he excelled at the end of last season.

To remind those that have forgotten, Scott had TWO top-5 performances during a four-week stretch from weeks 14 to 17. During those four games, he only exceeded 50-percent snap share once and saw at least six targets in each of those games.