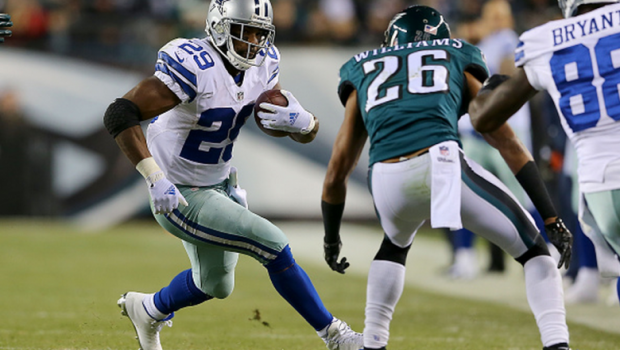 HOW THE EAGLES BLEW THE JAGS AWAY TO SIGN DEMARCO MURRAY

The speed with which the Eagles turned on a dime after trading Shady McCoy and losing out on Frank Gore was mind-blowing.

Almost in the blink of an eye two weeks ago, Supreme Leader Chip Kelly focused on DeMarco Murray and signed him.

The Jacksonville Jaguars were certainly interested in signing DeMarco Murray this offseason. However, they apparently weren’t nearly as interested as the Eagles.

According to Ryan O’Halloran of the Florida Times-Union, Jaguars general manager Dave Caldwell said Monday that Philly’s offer to Murray far exceeded their own.

Caldwell said the Jaguars exceeded the original ceiling they had set aside to pursue Murray, but the Eagles came back with more. How much more? Caldwell was asked if it was more than $1-2 million a year.

“More than that,” Caldwell said.

Murray’s deal with the Eagles is worth $40 million over five seasons, or $8 million a year. Taking Caldwell’s words at face value, Jacksonville’s offer to Murray would have been less than $6 million a year.

The Jaguars wanted Murray but the Eagles blew their offer out of the water.