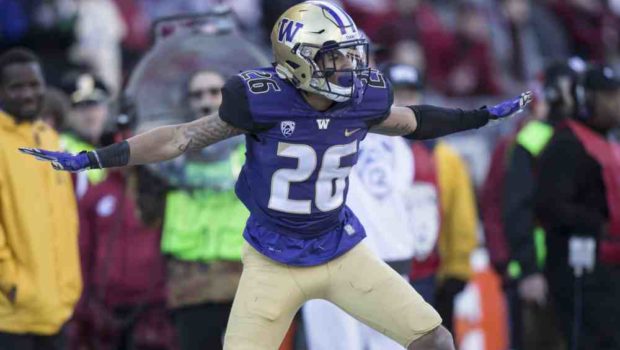 The Eagles double-dipped into the cornerback class in the draft, but did so with one of the picks going to a player whose status in 2017 is still uncertain in Sidney Jones (above). Rasul Douglas led the nation in interceptions with 8 while adding on an additional 10 pass defenses, and should compete immediately for a starting spot. That said, relying on two rookies — one coming off Achilles surgery — to transform a secondary is a stretch. The Eagles signed Dwayne Gratz in December and Patrick Robinson this offseason but Gratz played just 87 snaps in 2016 and Robinson is coming off his worst season since 2012. The Eagles boast a front-seven that has potential to be the best in the NFL but the defense could very well be undone by poor play by their cornerbacks. A lot is riding on an underperforming veteran group and two rookies: