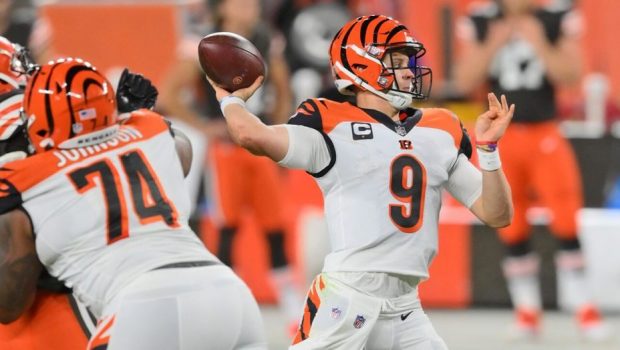 The 0-2 Eagles will be facing the top pick in the draft, Joe Burrow, when he tees it up for the 0-2 Bengals at the Linc today.

No one has thrown more passes through the first two weeks of the 2020 season than Burrow, 97, including 61 in a loss to the Browns.

But he’s averaging a league-worst 5.2 yards per attempt and the team has had one passing play of more than 20 yards.

“That’s something that’s an emphasis for me this week, is just getting that right,” Burrow said.

The Eagles gave up six passing plays of more than 20 yards in last Sunday’s loss to the Rams, so Burrow should have some more of those opportunities this week. Hitting them may mean the Bengals aren’t playing from behind, which would lead to a drop in attempts that the rookie would likely welcome in his third week of NFL action.