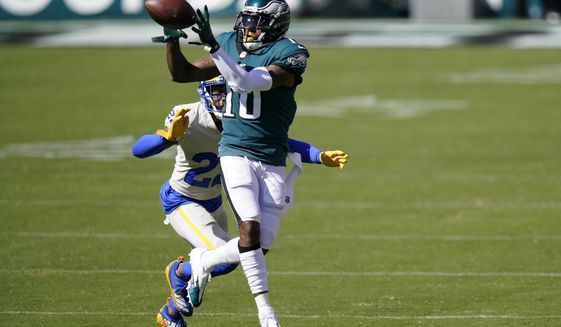 DeSean Jackson has become the sole threat in the passing game for the Eagles due to injuries, especially to rook Jalen Reagor.

D-Jax dramatically improved his performance in Week 2 compared to that of Week 1 where he finished with a 28.6 percent catching rate.

Jackson has yet to score a touchdown so far, which is about to change against the Bengals this Sunday.

How far Jackson can go may also depend on how far quarterback Carson Wentz can take him. Wentz has drastically underperformed this season, throwing four interceptions through Week 2, giving him a 64.4 quarterback rating.

Jackson may catch a break this Sunday against the Bengals, who have had their fair share of troubles so far going into Week 3 as well.