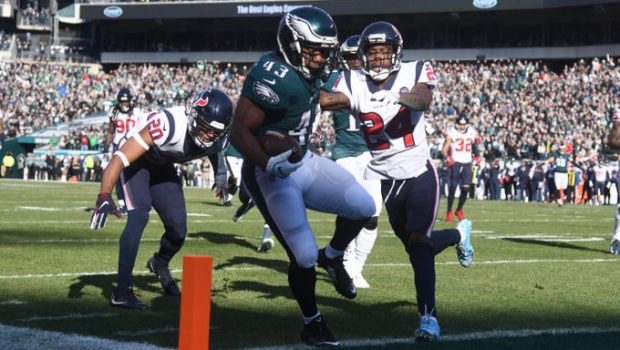 Darren Sproles had 76 yards receiving in the Eagles win against the Texans, including a 37-yard touchdown catch on fourth-and-2 on the offense’s opening drive.

The speedy Sproles has played four games in a row after missing 10 with a hamstring injury.

He could be playing his last NFL game.

The 35-year-old had planned to retire after this season, but isn’t certain after missing so much action.