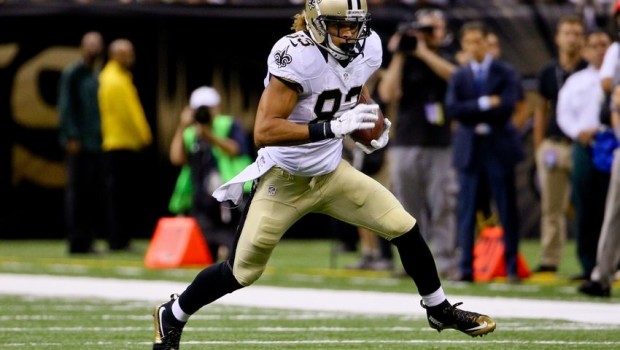 EAGLES BEWARE: SAINTS’ SNEAD A TORCH ON THE FIELD AND FANTASY!

For some reason the sharpies in Vegas have made the Eagles a 5-point pick over the Saints this Sunday at the Linc.

These guys have never heard of Willie Snead, the New Orleans WR who may just torch the Birds on Sunday, and is worth a taste for fantasy players.

Snead caught totaled six passes for 89 yards against thew Cowboys. And from Week 1 to Week 4, Snead’s snaps have increased steadily. He’s gone from playing just 24 percent of snaps at the season’s start to 66 percent this last outing.

And he was on the field for 13 more play counts than veteran receiver Marques Colston. In addition, since Week 2 he’s been the Saints second most targeted wideout while also amassing the highest number of receiving yards (177).

On Sunday morning the sure-handed chain mover will face off against an Eagles secondary that is giving up the fifth most fantasy points to opposing wide receivers. Allowing 283 passing yards per game,

The Birds’ DBs have given up scores to everyone from Julio Jones and Brandon Marshall to Terrance Williams and Jeremy Kerley. With Drew Brees’ shoulder in a degenerative state, Snead has the opportunity to emerge as the aging QB’s most reliable option in the short to intermediate passing game.

Add in the favorable matchup, and he’s a potential WR2 in PPR formats.