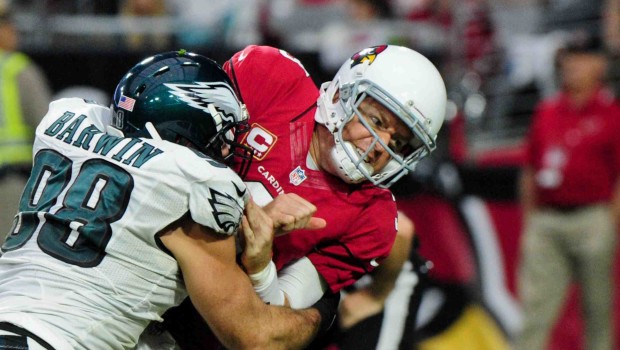 Connor Barwin has been one of the Eagles’ best defensive players since he got here three years ago.

Now he’s going to be better!

Barwin, who rushed mostly as the left outside linebacker, will play right defensive end this season in Jim Schwartz’s 4-3, meaning he will rush against left tackles instead of right tackles.

“It’s definitely a difference,” Barwin said. “That’s why it’s good we have training camp to work the kinks out.”

Barwin started his career in Houston as a right defensive end, registering 4.5 sacks as a rookie. The angles of his rushes are different, changing how and when he would utilize certain pass rush moves.