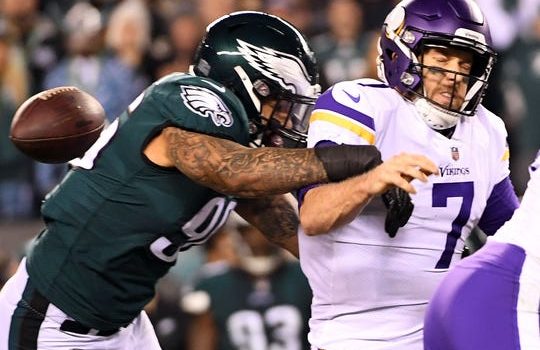 Here’s the Eagles final injury report for tonight’s Giants game at the Linc:

LB Kamu Grugier-Hill: Nate Gerry will have to step up.

DE Derek Barnett (above): Barnett had a good game in Miami last Sunday, and he would have dominated Giants LT Nate Solder, who is in decline and has struggled this season.

WR Nelson Agholor: Agholor appeared on the injury report a week ago with his knee injury, but played against the Dolphins, and actually made a few positive plays.

RB Jordan Howard: If Howard can’t go in this game (and he has not yet been cleared for contact), it will be his fourth straight missed game, plus the bye week.