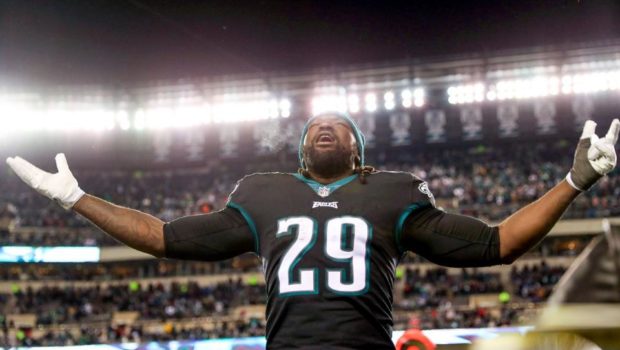 Eagles running back LeGarrette Blount triggered a $300,000 bonus by reaching the 750-yard rushing mark for the season against the Cowboys on Sunday.

Blount needed 21 yards coming into the game to secure the bonus. He hit it in the second quarter on a 4–yard run.

The 31-year-old Blount signed a one-year deal with the Eagles in May that included a base salary of $1.25 million and incentives of upward of $1.55 million.

He came in averaging 4.4 yards per carry with two touchdowns. Blount ranks second in the NFL in yards after initial contact per rush (2.64). His production has gone down over the past few weeks with Jay Ajayi, acquired from the Miami Dolphins at the trade deadline, assuming a bigger role. He has averaged seven carries for 18 yards over the past four games.

The 10-year veteran picked up enough yards to earn himself some extra money, though, and just in time.