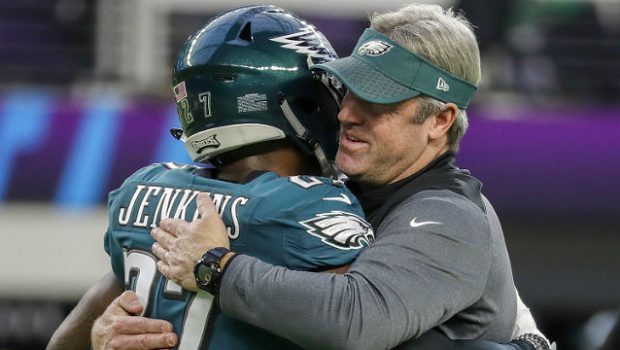 And the national media, which pissed on the Birds last year, is busy jumping on the bandwagon!

ESPN.com analysts projected the Future Power Rankings for the next three seasons and the Eagles came out first of the 32 teams.

Using the categories of roster, quarterback, draft, front office, and coaching, the Eagles came out ahead of New England with a score of 88.7 to the Patriots’ 86.7.

Wrote analyst Mike Sando under the category, What Could Change For The Better, “The Eagles ranked in the NFL’s top three across every category, so it might be unrealistic for Philly to exceed expectations.

But what if 2017 second-round pick Sidney Jones became a shutdown corner after recovering from a torn Achilles tendon? The talent would seem to be there. If it happened, the Eagles could get massive value from a position where all their top players are playing on lower-priced rookie deals.”