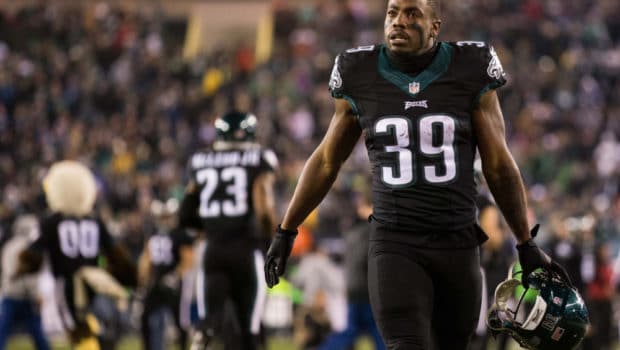 The Eagles have lost running backs Ryan Mathews, Kenjon Barner and Wendell Smallwood for the season with injuries.

As a result, rookie running back Byron Marshall has gone from a practice squad player to projected feature part of the offense. Doug Pederson hinted that the Eagles will get a good look at Marshall in the season finale.

“Right now the plan is [RB] Darren [Sproles], but for sure see Byron [Marshall] a little bit more on first and second down probably, and even in some third-down situations,” Pederson said at his press conference yesterday. “He’s been here all season and went through camp with us and is very familiar offensively with what we’re doing, been in all the meetings, and [Eagles RBs coach] Duce [Staley] does a great job of getting those guys prepared. So, his role will obviously pick up a little bit more this week.”

Marshall carried the ball nine times for 22 yards against the Ravens. His best run came when he took a handoff deep in the backfield and made Terrell Suggs miss with a quick jump cut. It was a 10-yard run that showed Marshall’s elusiveness.

The Cowboys are ranked No.1 in the NFL against the run, giving up 81.5 yards per game. They have only given up an average of 78.3 yards per contest over the last three games.