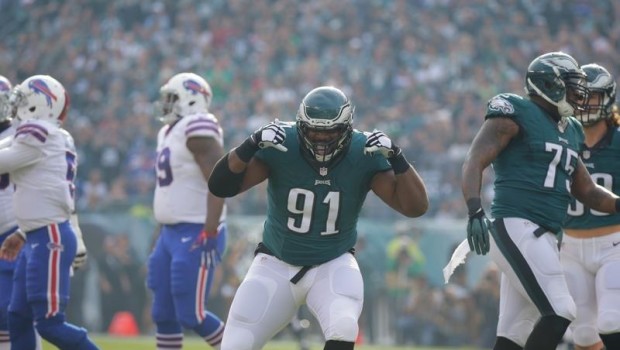 EAGLES AS NFC EAST CHAMPS HAVE A PUNCHERS’ PLAYOFFS CHANCE

“Neither are the Eagles especially bad, at least when Sam Bradford is upright and not writhing on the ground, as he was during their skid in November.

“They’ve got wins over the 9-5 New York Jets and 12-win Patriots, and when healthy, they beat the teams they should’ve, such as the New Orleans Saints and Buffalo Bills. But they can’t seem to get past some obvious abrasiveness in their own locker room, and a pattern of untimely injuries.

“They were tied with the 12-win Arizona Cardinals on Sunday night when they lost both starting cornerbacks Byron Maxwell and Eric Rowe, and trailed by just seven at halftime, before they went on to a 40-17 loss that was as much a function of their own turnovers.”

Check out the column: