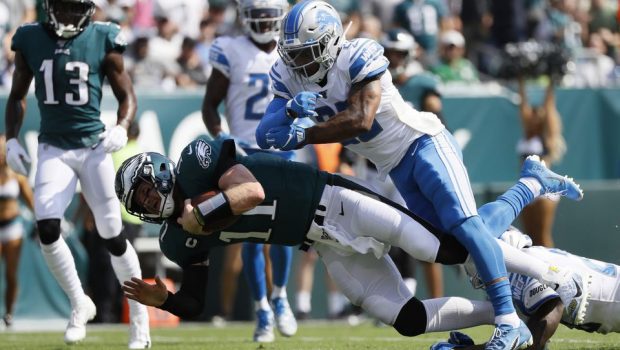 EAGLES ARE UP AGAINST IT, DECLARES MUSHHEAD PETER KING!

The Eagles played like a Pop Warner team (with excuses to Pop Warner) yesterday in losing to the Lions 27-24 at the Linc.

They are 1-2 and headed into a Thursday night game in Cheeseland against the Packers, so 1-3 is looking likely.

Their plight is so dire that even Peter King, the King of Conventional Wisdom for NBC Sports, has noticed:

The 3-0 Cowboys don’t have many weaknesses, and now they have a two-game lead over the beat-up Eagles and the Giants, and Philadelphia has a short-week game at 3-0 Green Bay on Thursday.

Certainly not saying the Cowboys can’t be caught, but I’d feel better about the division race actually being a race if the Eagles weren’t so injured and if Dallas struggled at something.